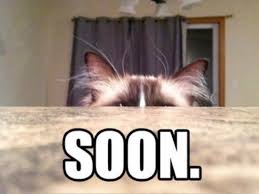 First, I have been profiled on The Thirties Grind’s The “Real” Real Housewives series. Melissa of The Thirties Grind started profiling real Vancouverites (read: real women who aren’t necessarily rich or plastic or nutty) because the TV series Real Housewives of Vancouver was (is) so ridiculous and far from reality, as 99 percent of the population of Vancouver will attest. Also, I think 99 percent of us aren’t nearly as dramatic as the women on those shows. Sure, some of us get divorced and throw parties, but let’s not name names here … let’s just agree that the majority of us don’t create the kind of made-for-TV drama they do.

on a Real Housewives show!? Now that would be drama. Isn’t Adrienne Maloof on the Beverly Hills version getting divorced? Will she have a party? I admit, I’d probably watch, out of sheer curiosity.)

supplier has been trying to send me some fun party supplies for a giveaway, so as soon as that box arrives there will be a contest open to everyone everywhere (divorce parties are being thrown all over the world, so why not include anyone who wants in?)! I’m still figuring out the best way to do this, but if you’re looking at throwing a divorce party for yourself or a friend, this might be a good way to get some free supplies. Follow and stay tuned for updates.

As always, if you’re looking for divorce party ideas, have a look around, there are a ton here. And let me know what you do. Share your ideas or your divorce party stories here, if you like!