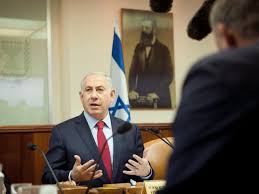 A divorce party for anyone who wants one is being thrown at the Riviera Hotel in Miami, Florida, this Friday, June 18, 2014. Debbie Martinez (called “The Divorce Whisperer, for her various career turns) is putting on a divorce party, and she wants it to have a positive spin, not a negative one like divorce parties sometimes automatically are thought to have.

There will definitely be a charity angle: The article in the Miami NewTimes states: “Martinez is also encouraging attendees to bring their wedding gown and donate it to a charity helping affianced women who can’t afford the price of a new dress. Think spring cleaning while also getting rid of the past and moving on … ”

It also sounds like every divorce party thing you could think of will be there: The aptly named drinks like the Rum Baby Rum, and gifts for attendees such as a ring coffin and other humorous tokens.

So if you’re a Miamian (Miamite?) going through a divorce, you can check out the divorce party at the Riviera this weekend.

It might not turn out to be what you would have planned for yourself, but attendance is free, and sometimes it’s nice to have company when you’re going through a tough time, and know you’re not alone (given most of the other attendees will be in the same situation as you)!

Divorce Tattoos Are a Thing Not only are divorce tattoos a legitimate practice but they are getting increasingly more popular. Divorce rates have always been high,...

Getting a divorce is never a sweet experience, even if it is for the best and it ends amicably with both parties. Whether your divorce was messy and volatile or smooth and easy with few feelings...